The Need For Backups

Backups are an essential part of using a computer. Ask yourself what the value of the data on your computer is, then consider the cost of a simple external drive that will give you at least the most basic backup facility. We trust our files and photographs to a spinning hard disk, and those who expect that to be reliable are living in a fool’s paradise. Hard disks will have a 100% failure rate, they are mechanical, and WILL fail after time.

So, at the very least you should have a copy of your data on another hard drive. Archiving data onto another drive for storage is NOT a backup. Backup is having at least two copies of your data.

The best backup scenarios have the following features :

So, consider for a moment how much of a problem it would be if your computer disappeared NOW…

Recommended hardware – Netgear ReadyNAS Duo – This can be configured with two drives, one as an external drive, the other to ‘mirror’ that drive automatically in case one fails. Simply buy the unit and insert two hard disk drives. 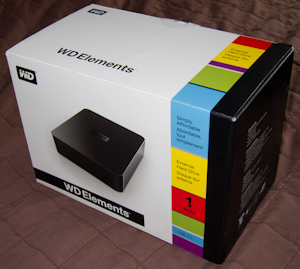 Something as simple as an external USB drive is better than nothing, and very low cost. 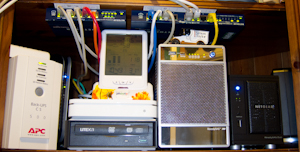 The author’s own IT installation with backup systems on the right. R-L – external USB drive for Time Machine, ReadyNAS Duo as a backup for the main storage unit which is a four disk ReadyNAS NV (the large silver box).